Kenya: Travel Back to Nairobi

Today was a travel day back to Nairobi. We are going to Nairobi to catch a flight to Massai Mara for some Safari time.  We had saved this day as a shopping day as Cherry had several places she wanted us to visit on the way. We got up early for our last walk hoping to see the baby giraffe again but we didn't see it. 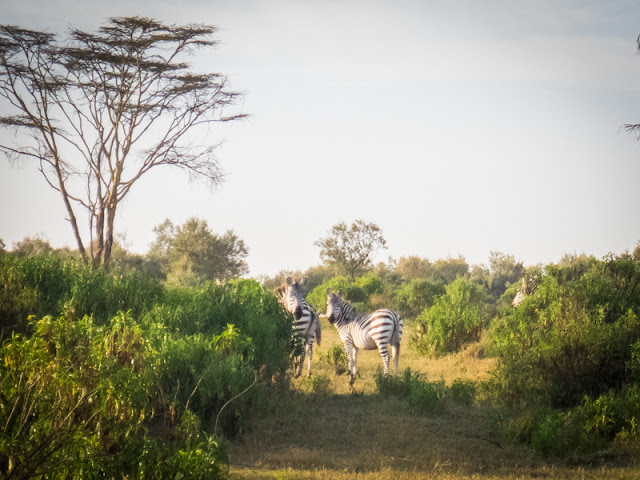 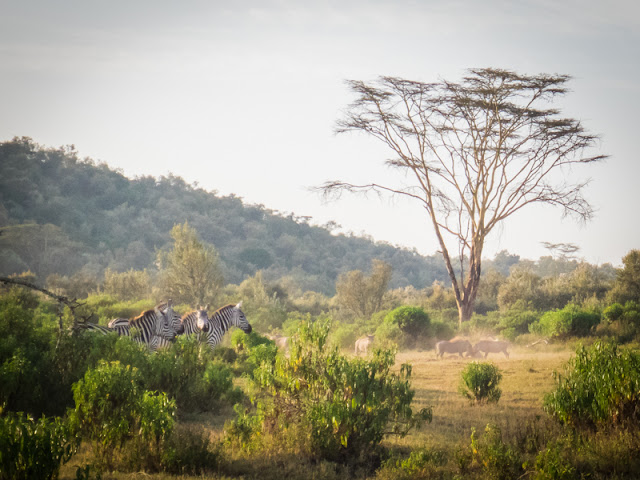 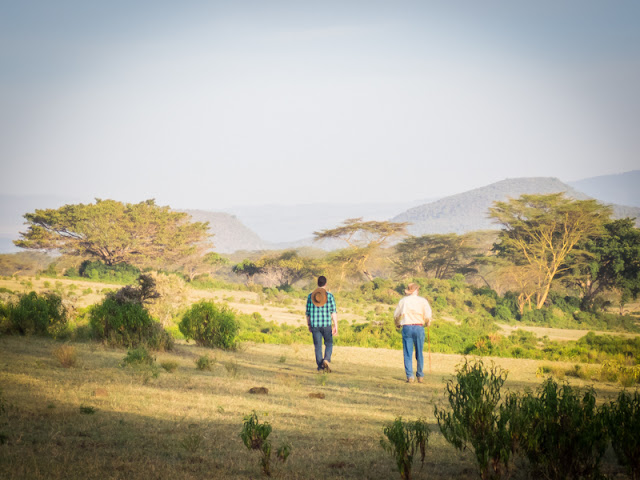 We did see some warthogs making quite a ruckus over something. Upon further investigation we discovered that one of them was making a new home in the ground and the others were apparently fighting for the hole. We saw a lot of zebra on this walk who were near but ran a short distance from us as we walked. 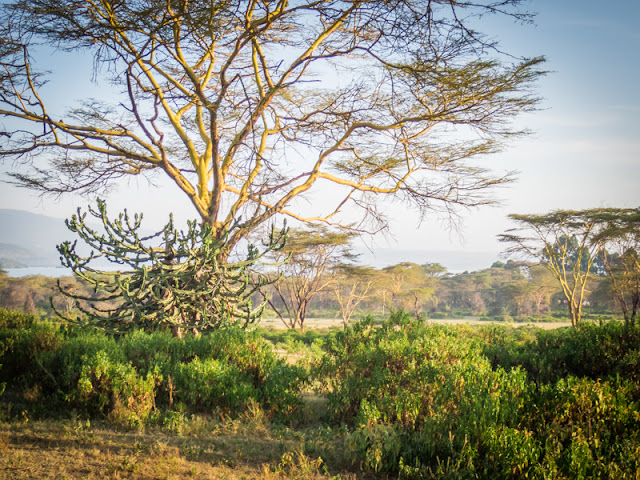 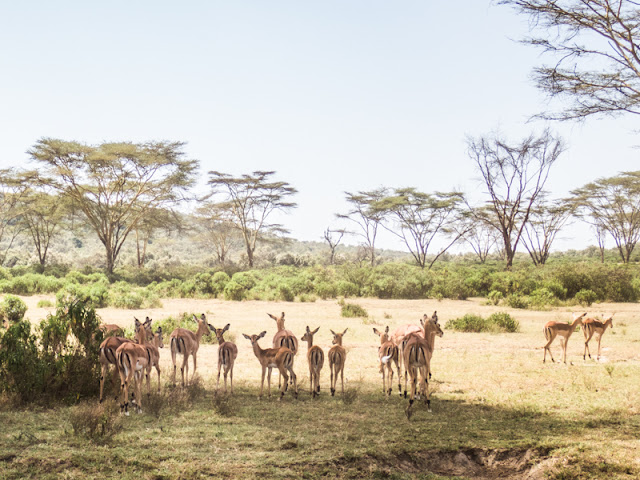 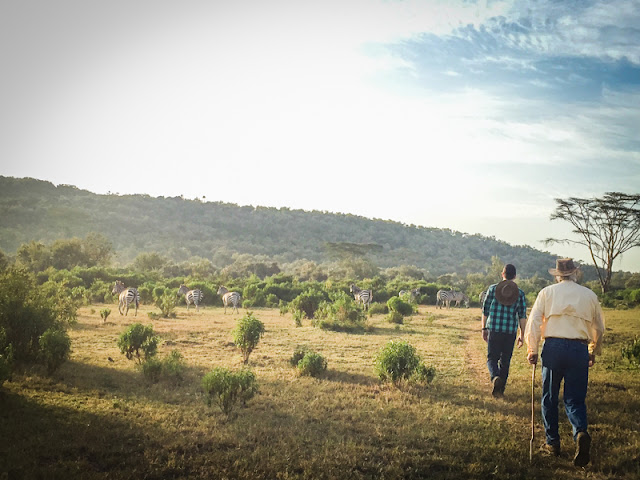 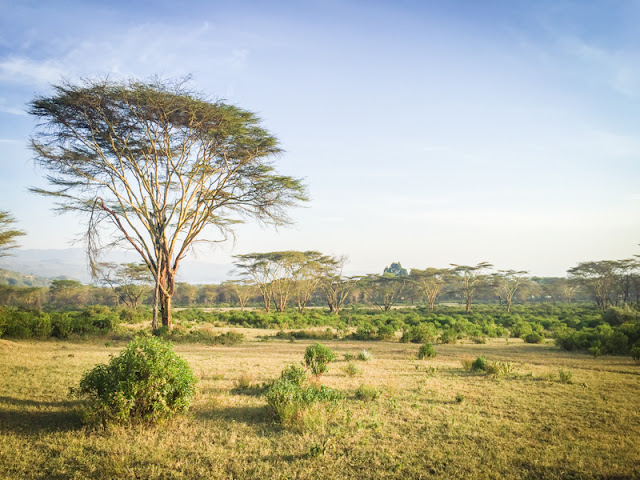 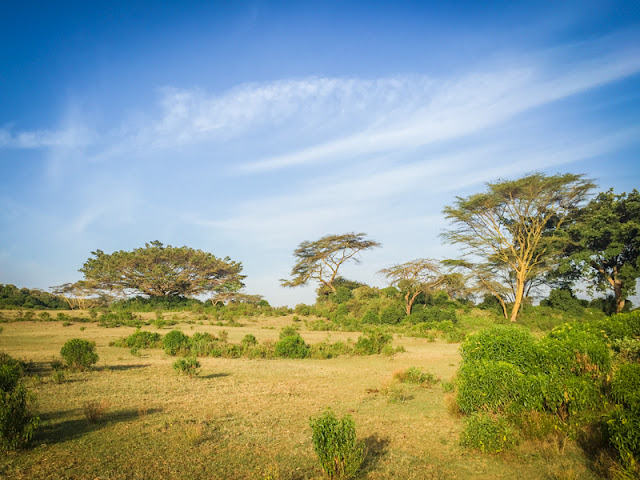 During breakfast the giraffes finally made their way back to the backyard. Also the monkeys came and entertained us with their babies. It was a quite entertaining breakfast. After breakfast and showers we began to make our way to Naivasha stopping at a couple of shops close by. 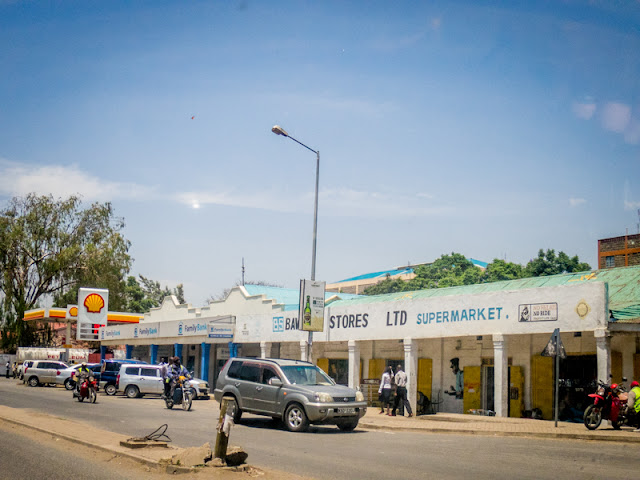 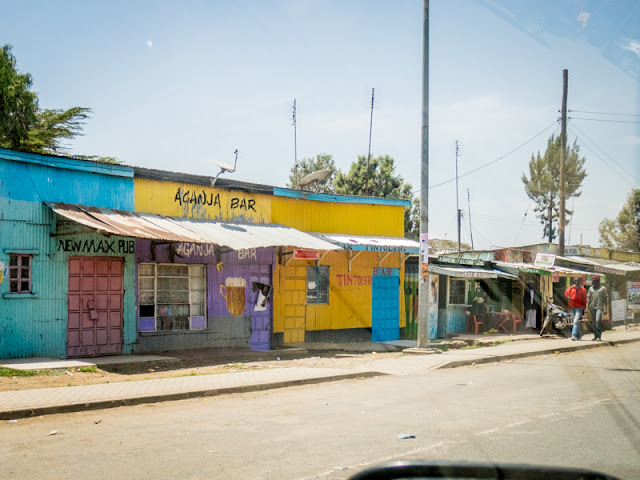 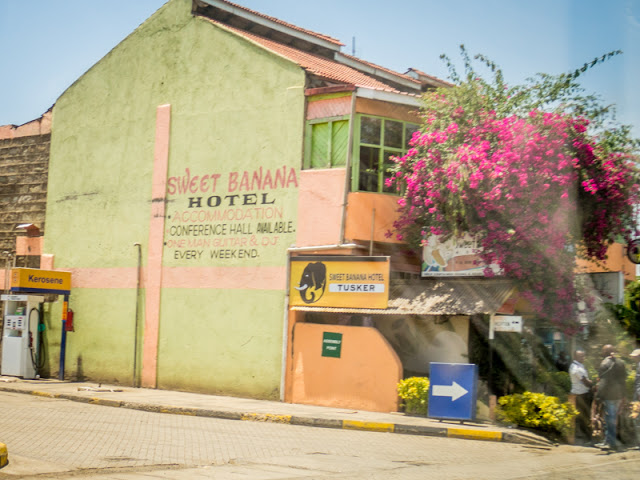 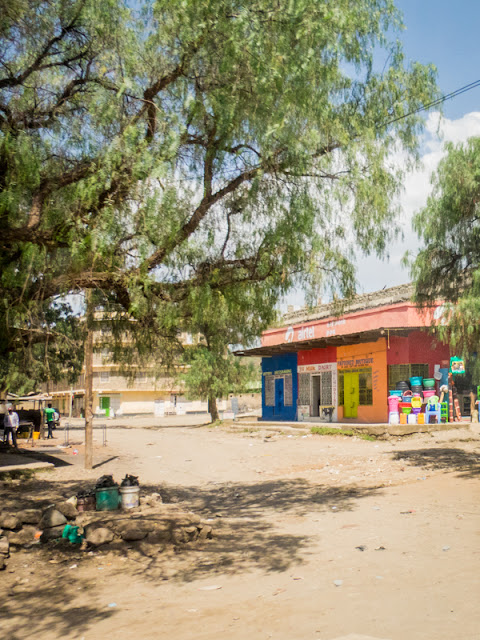 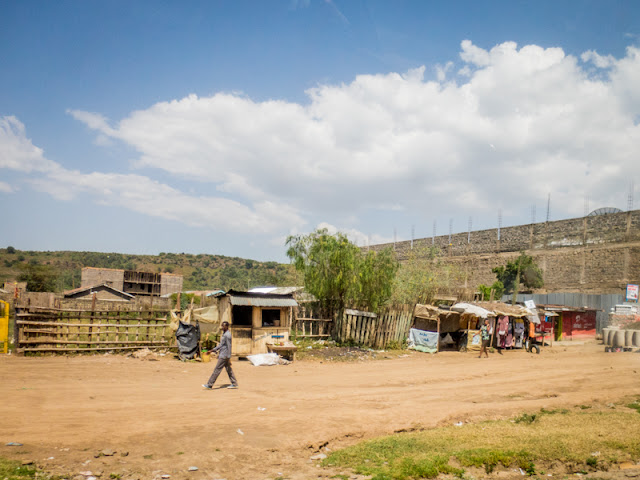 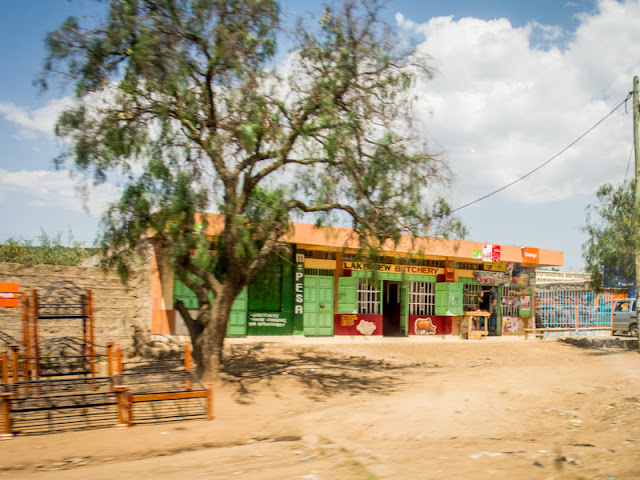 Upon arriving in Naivasha, we stopped at a store that Cherry and Vance had never been in. It was a really good souvenir shop where they carved their own figures. Cherry did some bartering for us when it came time to talk price and then we went to lunch in Naivasha. On the way out of Naivasha we were passing a vehicle and suddenly lost power to the car. We were able to finish the pass and coast over to the side of the road. Vance and Cherry seem to know someone everywhere and they quickly called a friend. He brought a mechanic and they determined that it was the timing belt on the
car. This was not the easy fix we had hoped for. 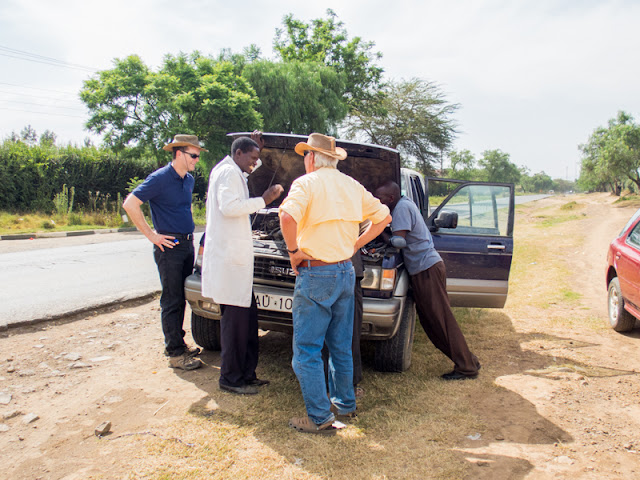 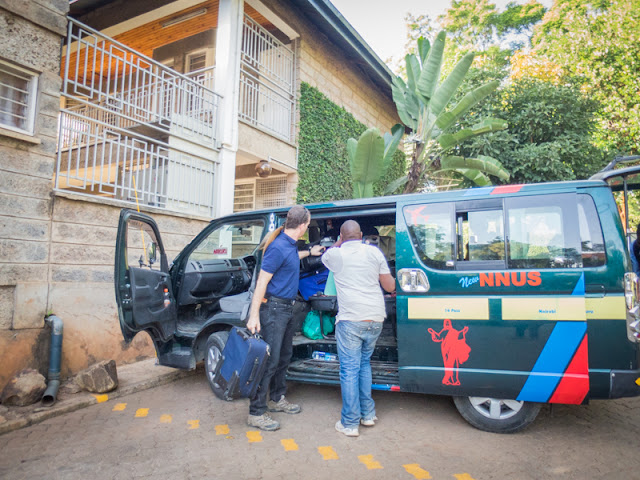 We had to call a Mutatu (taxi) to drive us the 1.5 hrs we had left on our trip to Nairobi. We pulled over once at a roadside market so someone could get a water bottle. We also pulled over for a traffic stop where the driver gave the policeman a coin and we were moved on through. I'm pretty sure that was a bribe. We were dropped off at Hampton House where we had stayed before. We hired another Mutatu to take us to dinner nearby. We ate at 360 in the ABC shopping center. It is a gourmet pizza place but none of us got pizza! We had ice cream at Zucchini, a green grocer in the same complex. We are back at Hampton House for an early bedtime. We have an early day tomorrow.   Until then....
written by Amy Terral at 10:34 PM