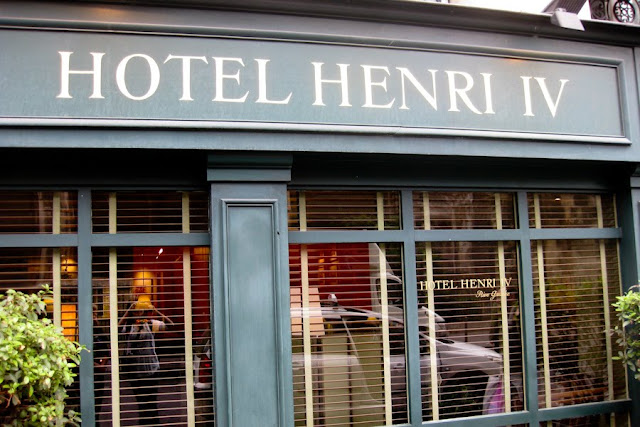 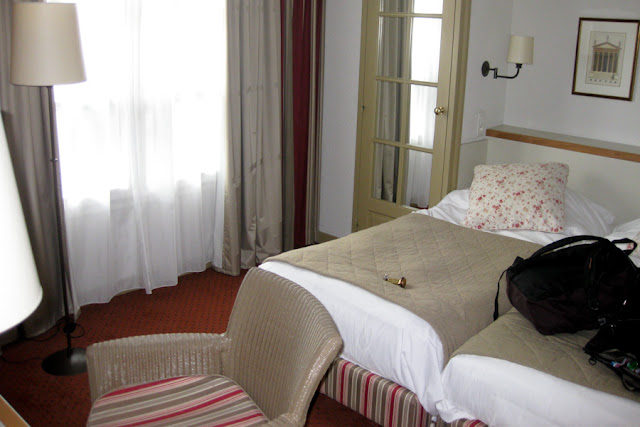 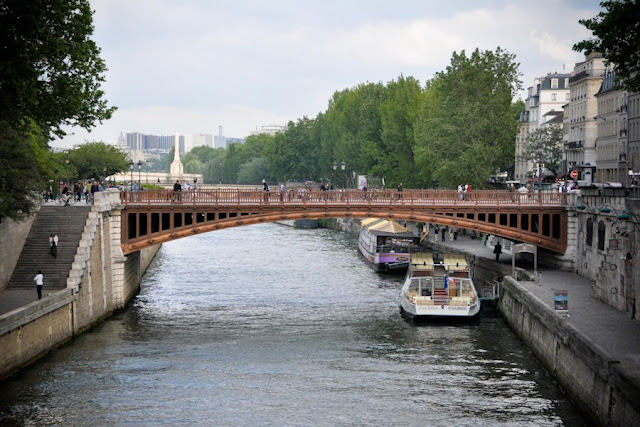 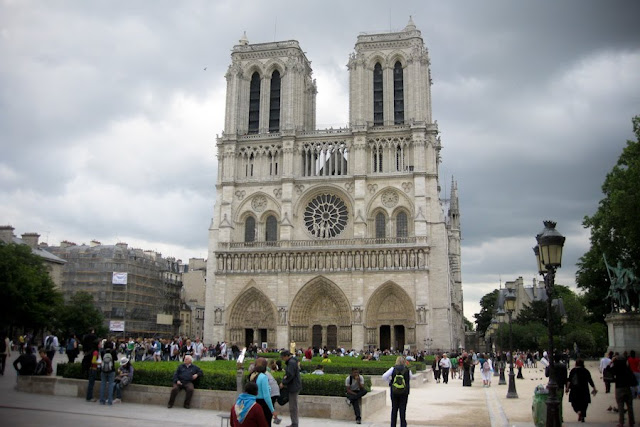 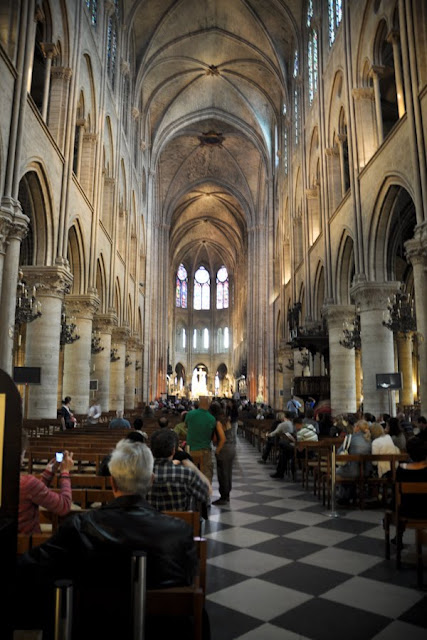 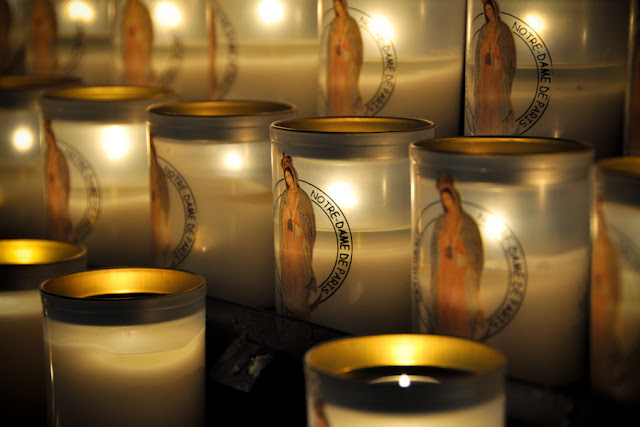 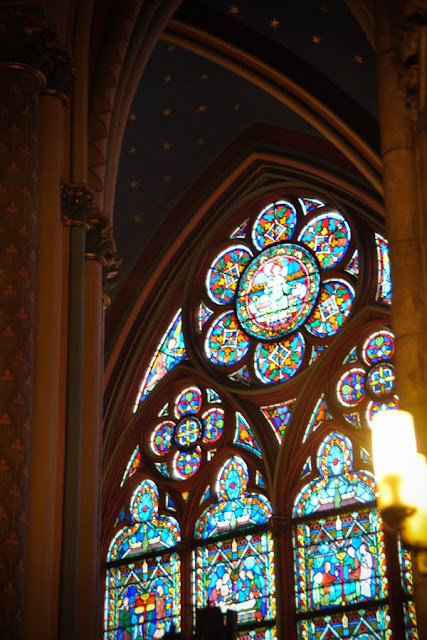 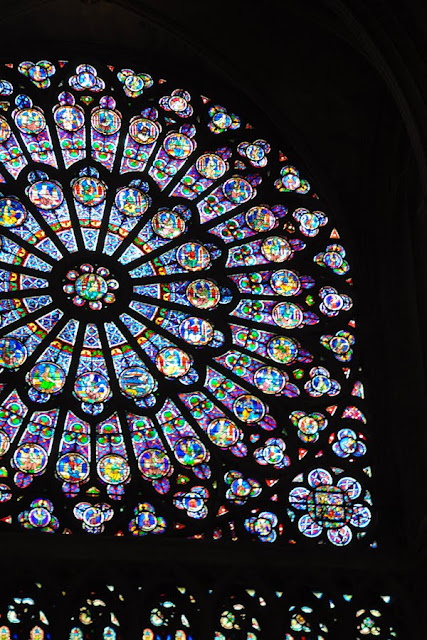 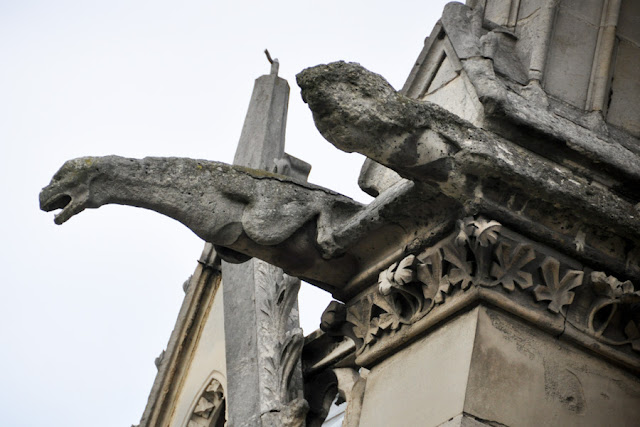 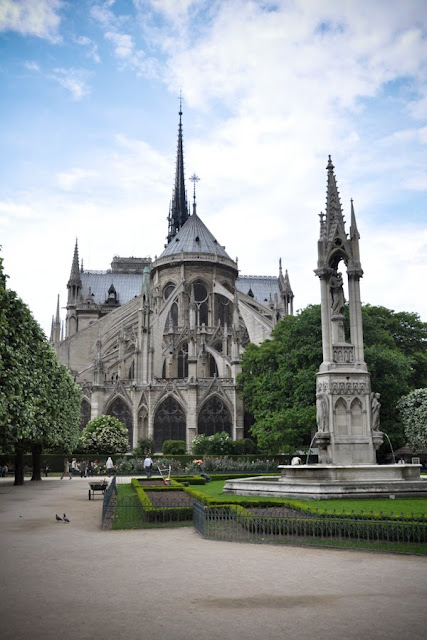 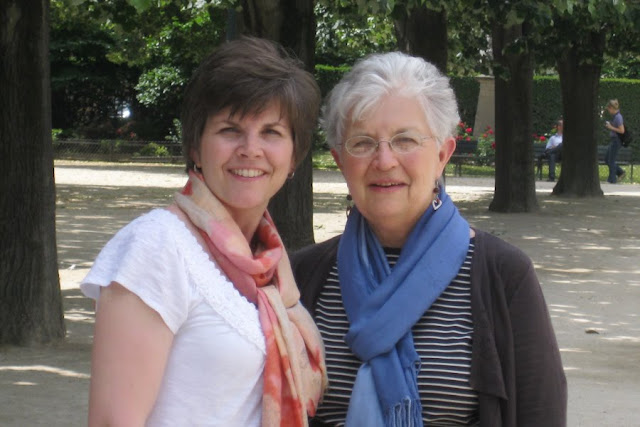 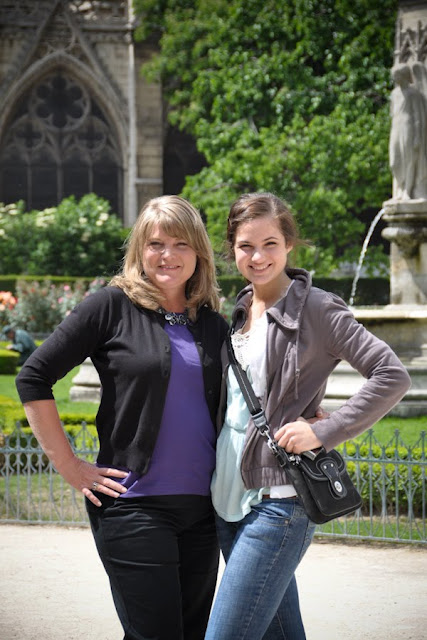 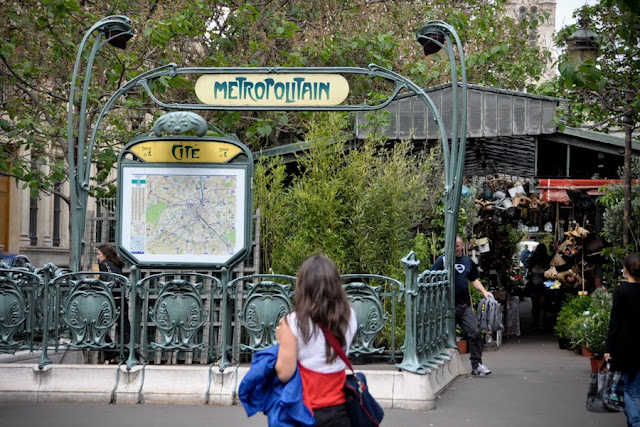 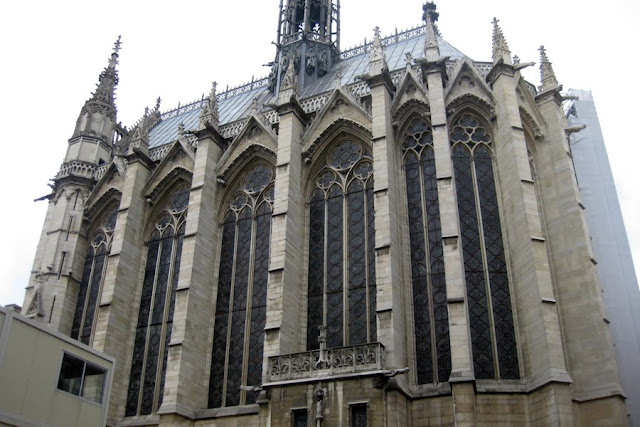 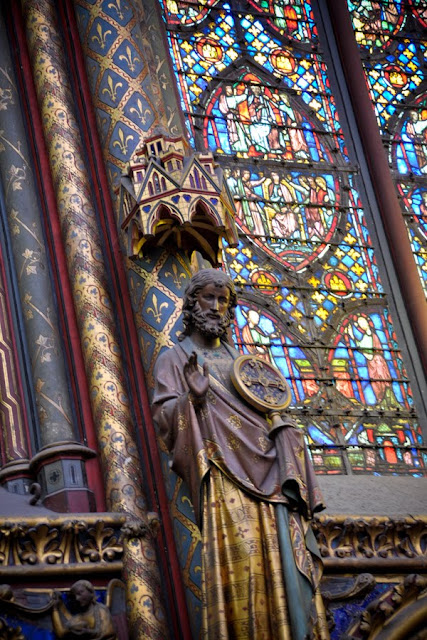 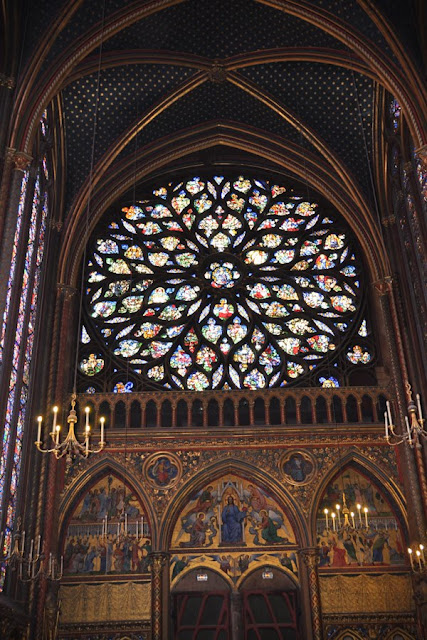 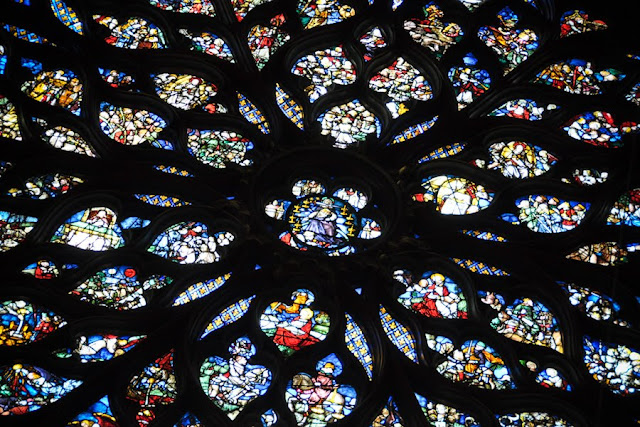 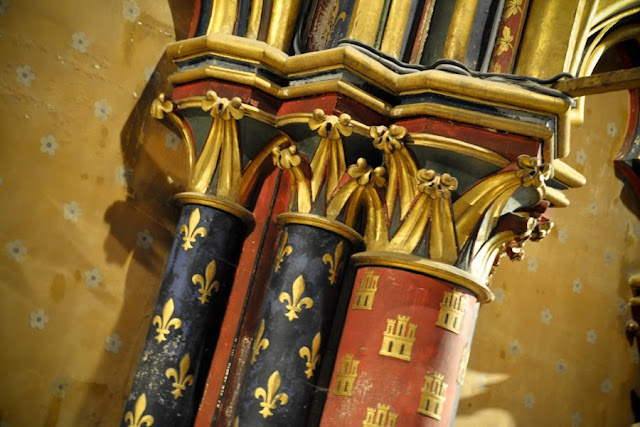 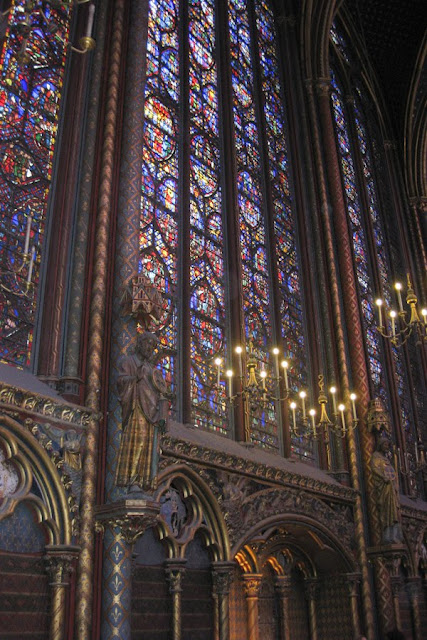 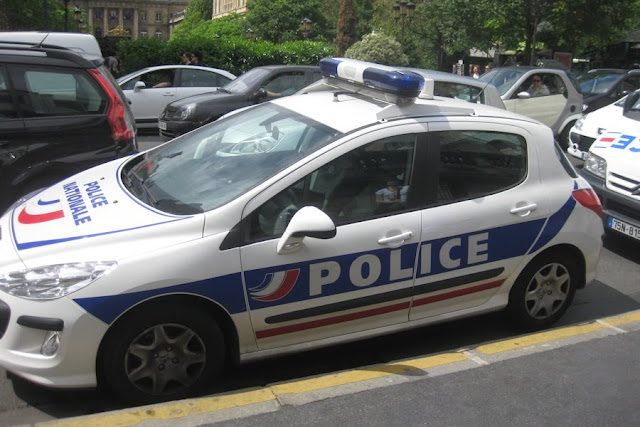 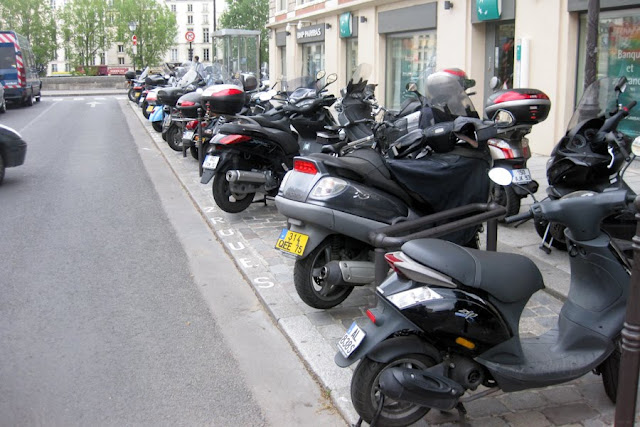 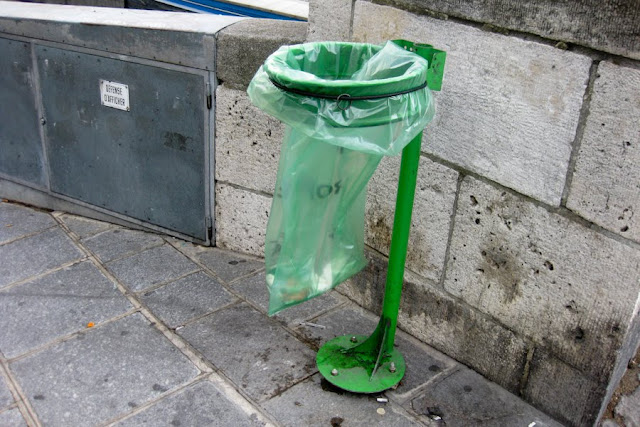 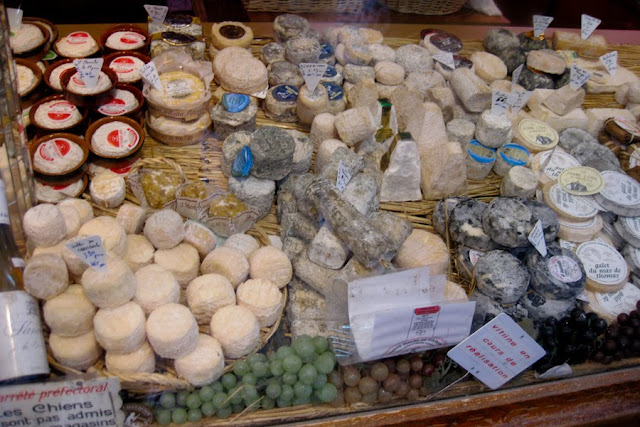 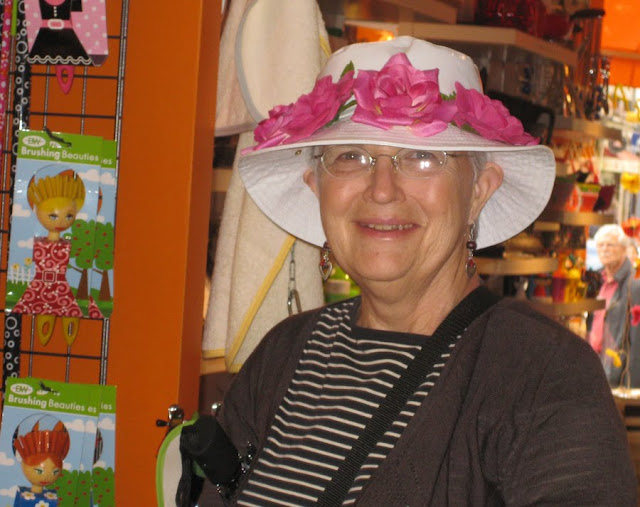 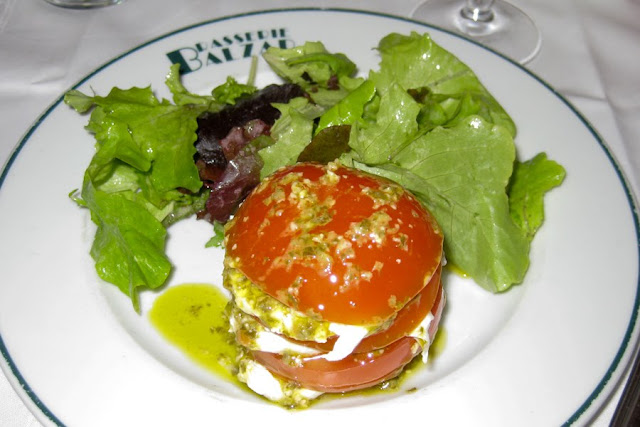 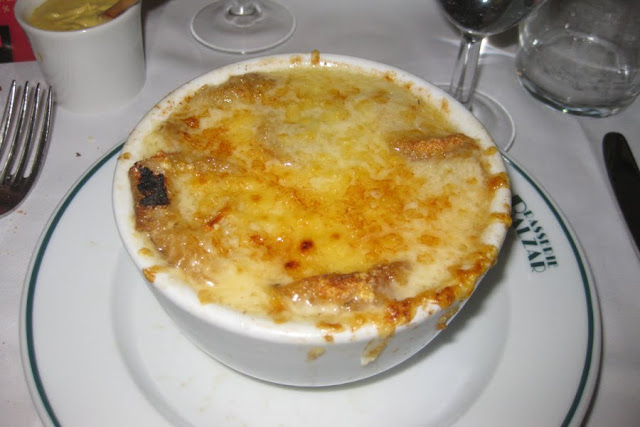 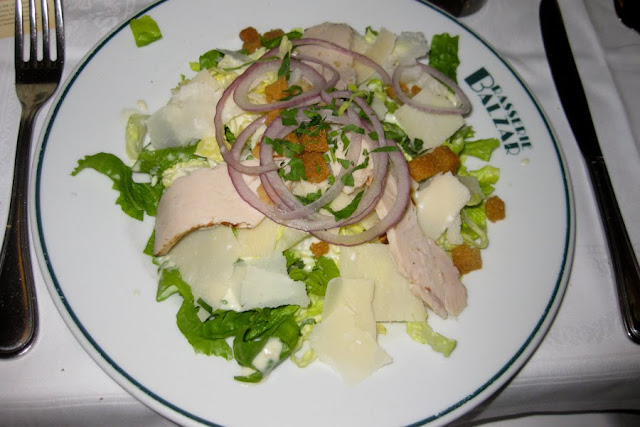 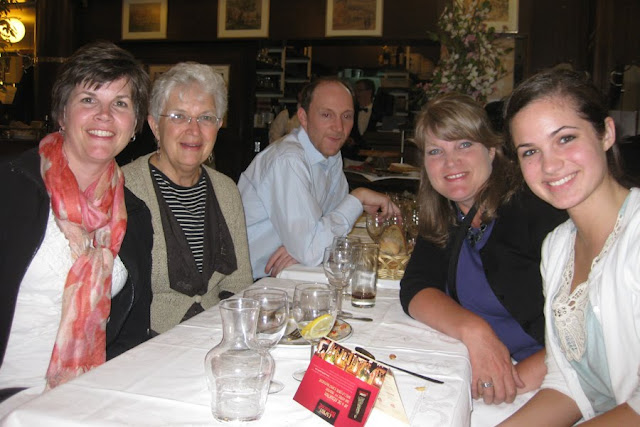 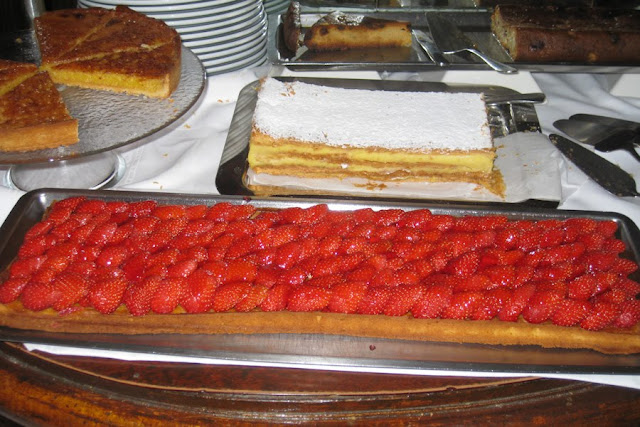 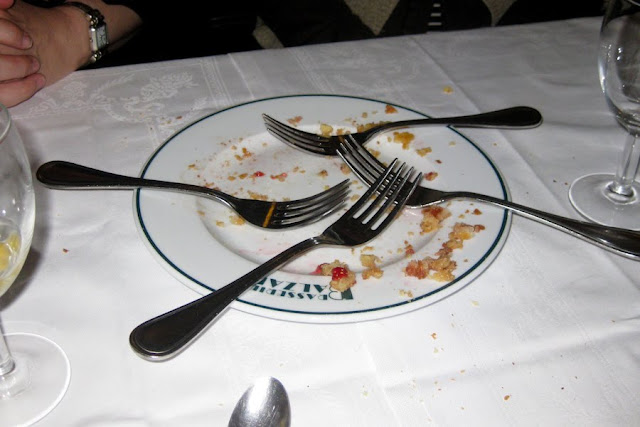 Bonjour everyone, we are in Paris! We awoke very early this morning as we needed to meet our driver at 6 a.m. for a taxi ride to the Eurostar station. We arrived in plenty of time to exchange a little money for euros (french currency), eat some breakfast, go through security and passport control. Our ride to Paris aboard the Eurostar was uneventful and most of us managed to take a little nap. The taxi line at Gare du Nord train station in Paris was terribly long but we waited patiently. We were able to ride together in one taxi to our hotel which is what I was hoping for. Our taxi driver was very patient with the traffic, but Debbie is convinced that the large number of sirens we hear going off during the day is due to the terrible driving of the Parisians. We are very very careful when we cross the street because they don't stop for pedestrians! We spent the afternoon in the area surrounding the hotel, Ile de Cite and Ile St. Louis. The weather called for scattered showers today so we toured Notre Dame Cathedral first and then ate lunch at a nearby brasserie. Unfortunately, the waitress at lunch and the waiter later at dinner have both been very aloof and rather rude. This came as a surprise to my companions having just enjoyed such graciousness from the people in London. Oh well, I told them, such is Paris! Between showers we visited a flower market on Ile de Cite and then the other cathedral on the island, Saint Chappelle. I had never been to Saint Chappelle so that was really a treat for me. The stained glass is overwhelming because there is so much and it is so beautiful. We were ready for a little dessert and went to Ile St. Louis for some Bertillon ice cream. What precious little scoops of rich chocolate heaven we enjoyed, yummy! We wandered up and down the streets, stopping to gaze into store windows and visiting the occasional shop. We were also pleased to see trash bags hanging everywhere unlike London where we would hold our trash for hours looking for a trash can. It was a relaxing afternoon, getting our feet wet in Paris, literally. Upon arrival back at the hotel, we asked for a recommendation for a local eatery for a light meal. Well, imagine our surprise when we were seated and glanced at the prices on the menu. Much of it was out of our price range and not what we expected. We managed to keep mom in her chair as she was wanting to get up and leave, but everyone found something on the appetizer menu that was appealing and within our budget. We passed over the Oxbone in gravy, and the pig trotters, and the duck foie gras and other things that sounded unusual and unappetizing. Brittany ate a tomato and mozzarella salad which was something new for her and she found it delicious. Mom and Debbie had a Caesar salad that came with chicken that was quite good. They were disappointed at first that it was dressed lightly, the Parisian way, but that didn't stop them from eating it all. I had my second bowl of french onion soup which I dearly love in Paris. They never taste the same no matter where I eat it. After dinner, Brittany spied a strawberry tart and we shared a piece. It was incredible! Mom said she wished we had shared two. The lesson we learned is to check the menu outside for prices BEFORE we are seated. Tomorrow we have a full day and start it by tackling the Paris Metro.
written by Amy Terral at 4:21 PM