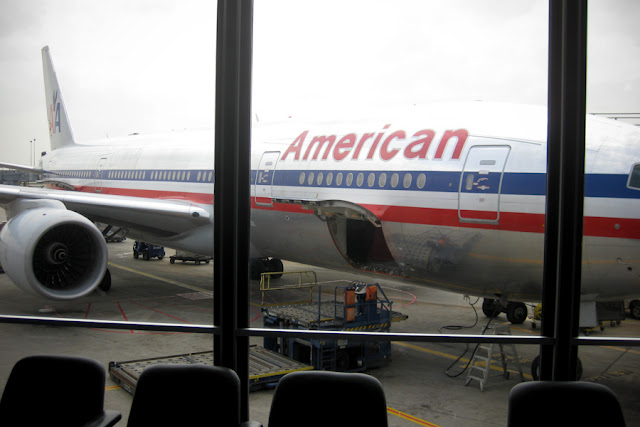 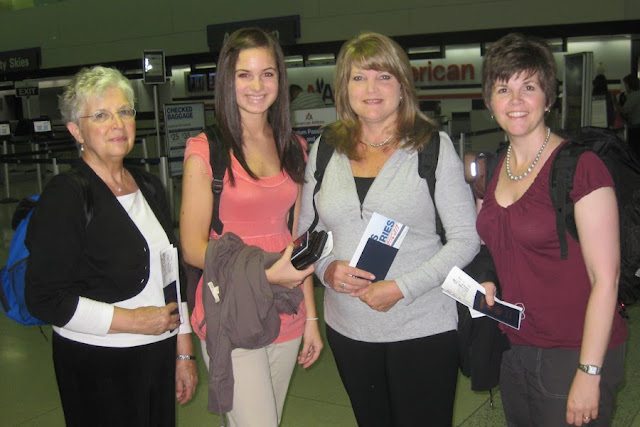 Mom and I started our journey with Dad driving us to pick up my sister Debbie and her daughter Brittany in New Orleans before heading on to the airport. Dad ran an errand for mom while we helped with last minute packing decisions for Debbie and Brittany. Dad was sure we would be late for check in when Debbie said she just HAD to stop for her cappuccino at the Circle K but we made it to the airport right on time. Check in was a breeze and the flight to Chicago was uneventful. We thought that a four hour layover there would be a looonnggg time, but the time passed quickly. The flight to London was delayed at the beginning because a passenger failed to show up for the plane but his luggage was loaded on the plane. For security reasons, they had to find and unload his luggage before we could depart. We had a fairly smooth flight, but none of us really slept on the plane. Nevertheless, we were full of excitement when we arrived in London this morning a little after 7 a.m. London time.
written by Amy Terral at 2:16 PM